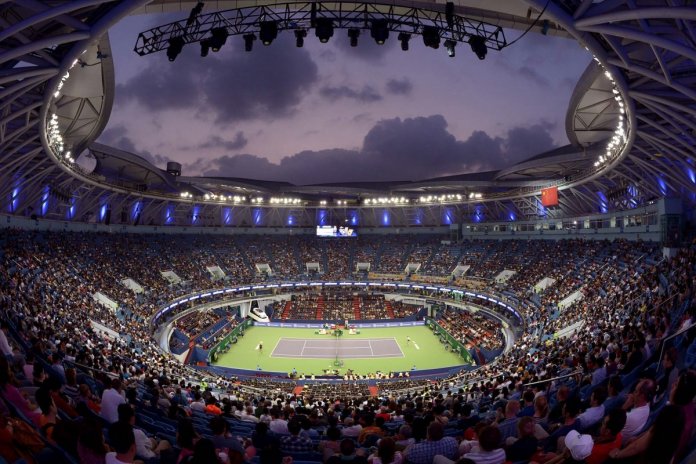 The Qizhong Arena is the largest tennis venue in Asia, with a 15,000-seats main stadium featuring a retractable roof of eight steel panels representing Shanghai's city flower, the magnolia. The Arena's Grand Stand Court 1 stands in fifth place in the list of tennis stadiums by capacity, alongside Beijing's National Tennis Stadium (built for the 2008 Summer Olympics) and Wimbledon's Centre Court. We offer tickets in the Level B and Level A on Center Court.
The Grand Stand Court 2 has a seating capacity of 5,000 spectactors, and a Grand Stand Court 3, with a seating capacity of 3,000 spectators.
The CAT 1 level corresponds to the Silver, Gold, and Platinum Box tickets in the very lower level of the stadium, the CAT 2 level corresponds to the "A+" purple level on the map located just above the lower level box seats, and then finally, the CAT 3 level corresponds to the upper level tickets located in the "A" red, "B" silver, and "C" light gray, levels on the official map. 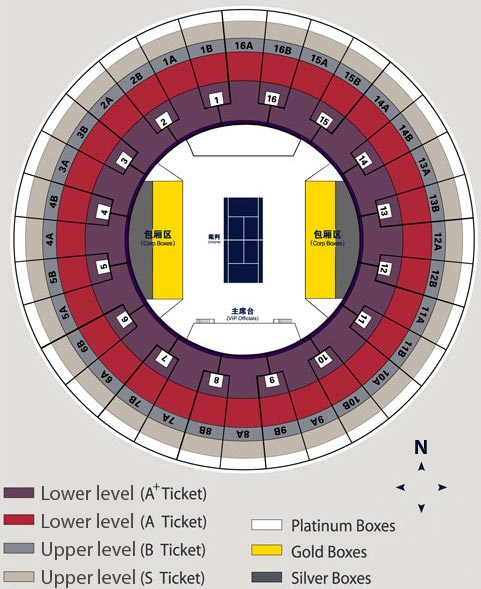