The tennis grounds will also host various clinics, exhibition booths, live music, food courts, bars, and other special events during the 10-day tournament. When it isn't hosting the tournament, the tennis center is also the home of various tennis programs, leagues, clinics, and camps. Each year we go to the Delray Beach Open, and I must say that this is the very best venue for watching professional tennis. There's not a bad seat in the house, and we usually get one of the first few rows on the North or South sides. They offer Valet Parking at $25 per car, but there are nearby garages where you can get free parking if you arrive before 4:00 p.m., and it's only $5 if you arrive after 4:00. There's not a bad seat in the house, as, for the sun and shade, the east side is a beast and the west is the best. 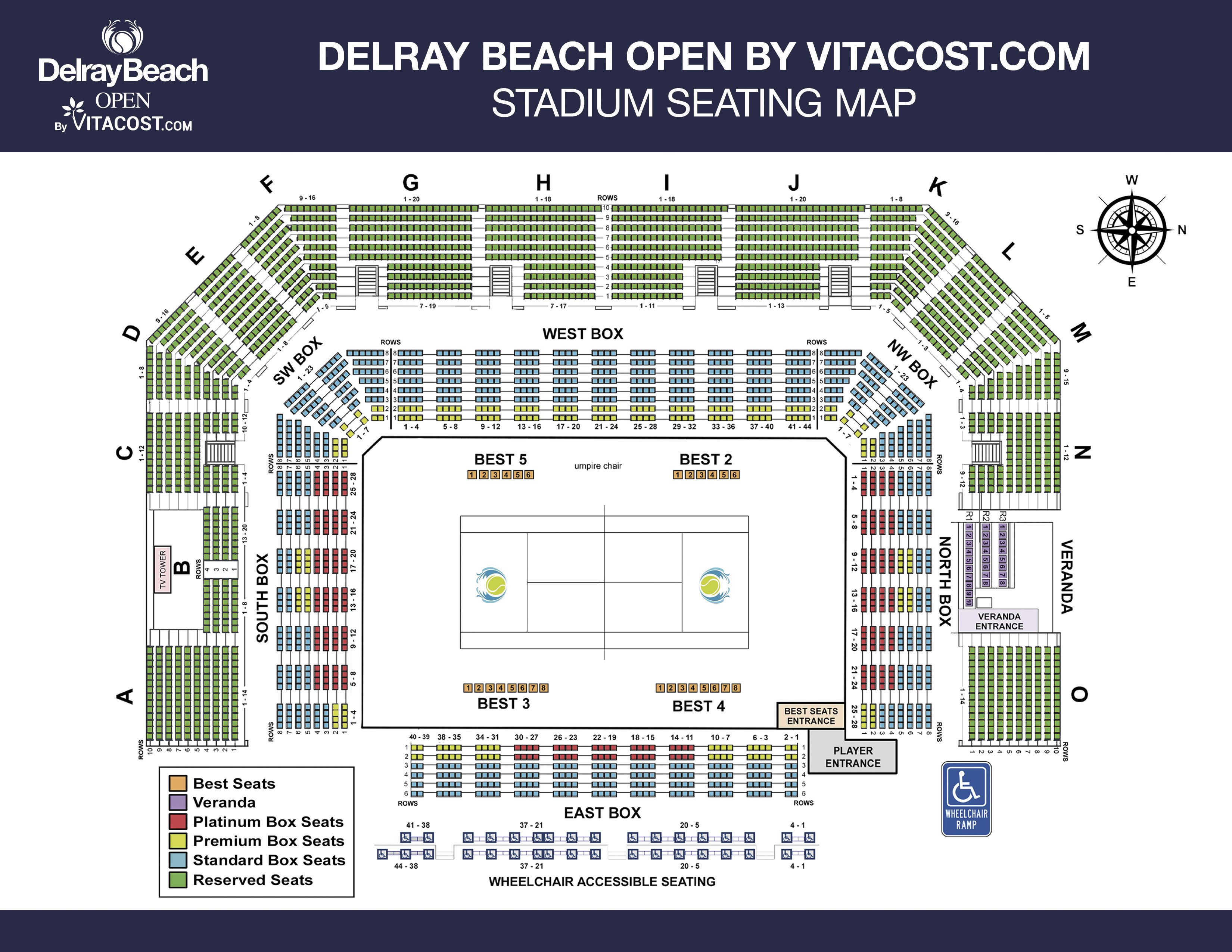 The only ATP Champions Tour Legends Team Event in the United States, TEAM BRYAN BROS (INT’L – RED) vs TEAM JENSENS (WORLD – BLUE) , featuring players that have been ranked World No. 1, a Grand Slam singles finalist, or a singles player in a victorious Davis Cup team plus Wildcards.

6 matches (singles /doubles); first team to win 4  matches wins. If tied 3-3 in match results, Tiebreaker based on team that wins the most amount of sets, if tied, most amount of games) • Each match consists of two out of three sets (no-ad scoring), with a 7-point tiebreaker for the 3rd set.